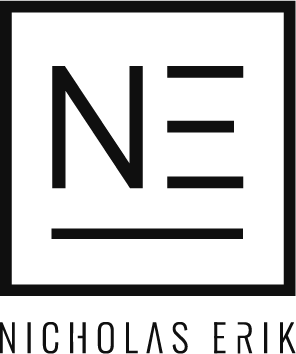 I mention in the video that the Ruby Callaway box set could make $3k/yr as long as I kept releasing books under this pen name. Here are the actual numbers:

You can clearly see this drop in 2019, when I didn’t release any new books and did minimal marketing. However, the box set still made over $2k (these numbers don’t include Google Play; they’re also total royalties and not profit).

Anyway, onto the principle underlying this video.

Correctly diagnosing what marketing problem you have is key to fixing it.

It’s easy to misdiagnose what problem you have. This is okay – trial and error is a huge part of marketing, even when you’re advanced. The main problem with relaunching is simple: it’s high risk, low reward. When you launch a book or series and it flops, this is giving you a lot of data that things are not working. It is often fallacious to believe that A) you can identify the problem driving readers away within the narrative and B) fix it with a rewrite.

There are only three core elements to marketing: traffic (sending people to the Amazon page), conversion (turning them into buyers), then assessing whether you executed these steps profitably (and finding ways to extend their profitability). You iterate and optimize each step of this process, testing until you’ve maximized profitability or determined that the series in unprofitable to actively market.

The levers beneath each heading are the primary ones you can pull. They are not the only things that influence traffic, conversion, and profitability, but they are the most important.

Thus, revamping the blurbs, trying different traffic sources, even experimenting with different covers all are worthwhile.

While it’s common to define these as “relaunching,” I don’t include these under that umbrella. These are just standard marketing practices.

I consider relaunching to be rewriting + republishing under a new ASIN. And I think this is a waste of time. At some point, once you’ve tested different ads, blurbs, covers, and all that, you have more and more data on the performance, which means you have more confidence that the outcome will likely remain the same.

Rewriting rarely fixes that. This is because, should you troubleshoot traffic and conversion and find the results still lacking, the issue is usually one of sellthrough. Which is extremely difficult to fix or change post-publication, even with a heavy rewrite. Aside from the fact that it’s almost impossible to identify exactly what turned readers off, the core problem with most books (aside from poor covers + blurbs or no advertising) is one of content.

The craft may not be good enough, or the concept not commercial enough; the characters may be well-drawn, but unlikable, or there might be other issues still. The takeaway here is this: most issues with a book are not fixable (or even identifiable) in a rewrite. Instead, they are generally part of the book’s core DNA. Should you rip everything down to the studs and rebuild, the elements that were at the heart of the original failure almost always remain.

Once you’ve given a series a shot, there’s much higher reward (and much less risk) in letting go and moving onto the next book or series. It’s easy to throw good money and time after bad, and become obsessed with making titles work. This is how careers stall out and die.

Login
Accessing this course requires a login. Please enter your credentials below!
Lost Your Password?